This is just too weird

OK, first I stumbled across this...

Last week’s breakin at Senator Mary Landrieu’s office in the New Orleans Federal Building was more than it seemed, much more. All of the 4 arrested had been trained by the CIA and, possibly, Israel. One arrested, Stan Dai, is listed as an Operations Officer of the Department of Defense Irregular Warfare Program and a known expert and lecturer on, not only surveillance but explosives training, assassinations and “false flag operations.” If you wanted a plane to crash, an enemy to get sick and die or a building to blow up, Dai would be the man to know how to make it happen. Problem is, his skills were being used as part of a criminal conspiracy inside the United States against members of our own government.
Read the rest...

"Great," I think, "pure Alex Jones, black black helicopter, wack-a-doodle, interwebs nonsense." However, I started looking around to find something like a snopes.com refutation and what do I find but this...

Lindsay Beyerstein notes that one of the four men arrested, Stan Dai, has past ties to Washington national security think tank, the Foundation for the Defense of Democracies. From the bio that accompanied his 2005-2006 Phillips Foundation College Leaders Program award:

STAN DAI, Lisle, Ill., attends The George Washington University majoring in Political Science. He is editor-in-chief of The GW Patriot, an alternative conservative student newspaper, a Club 100 Activist of Young America’s Foundation, and an Undergraduate Fellow on Terrorism of the Foundation for the Defense of the Democracies.

FDD executive director Cliff May says Dai was part of an FDD summer terrorism/counterterrorism program for undergraduates in the summer of 2004. "He was one of our students six years ago," May said by email. "He was a serious student then. Sounds like he’s got himself in a heap of trouble now."

He said it was his understanding that after graduation, Dai went to work at National Defense University, although he wasn't sure in what capacity.

"We haven’t been in touch with him in recent years," May said.

Dai, an immigrant from China, was president of the Conservative Student Union at George Washington University.

In 2008, he was assistant director of an intelligence community "center for academic excellence" at Trinity Washington University.

"Stan Dai was a junior program administrator for one year in a grant-funded program at Trinity Washington University," Ann Pauley, media relations director at Trinity Washington University. "The program was called the Intelligence Community Center of Academic Excellence (ICCAE) and was one of several similar programs created with federal funding through the Office of the Director of National Intelligence following the September 11 attacks. The purpose of the program was to introduce students in liberal arts colleges to concepts in intelligence studies and potential careers in intelligence. Mr. Dai has not worked at Trinity since October 2008 when the grant ended. Trinity’s ICCAE program also ended at the same time."

Some highlights from Stan Dai's bio:

B. Career History
• Mr. Dai has been involved in JSA since 2001: after attending summer school at Yale, he founded the JSA chapter at Naperville North, served in various Midwest region positions, and was a resident assistant at Georgetown.
• Mr. Dai was the first Assistant Director of the Intelligence Community Center of Academic Excellence at Trinity in D.C.
• Prior to that, he served as the Operations Officer of a Department of Defense irregular warfare fellowship program.
• Mr. Dai graduated Phi Beta Kappa from the George Washington University. He was the editor-in-chief of The GW Patriot, an alternative conservative student newspaper, a Club 100 Activist of Young America’s Foundation, and an Undergraduate Fellow on Terrorism of the Foundation for the Defense of the Democracies.

What to make of it?

"Religon Is A Virus That Attacks The Minds of Children"

A French Revelation, or The Burning Bush
JAMES A. HAUGHT

Incredibly, President George W. Bush told French President Jacques Chirac in early 2003 that Iraq must be invaded to thwart Gog and Magog, the Bible’s satanic agents of the Apocalypse.

Honest. This isn’t a joke. The president of the United States, in a top-secret phone call to a major European ally, asked for French troops to join American soldiers in attacking Iraq as a mission from God. 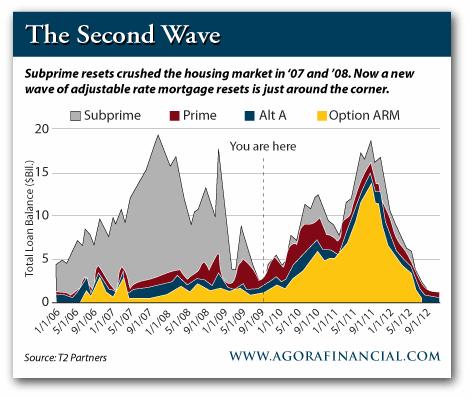