Will Grigg has once again outdone himself...

The Plague of Punitive Populism 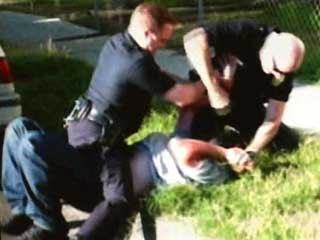 "Wherever there's a cop beatin' up a guy, I'll be there."

-- Tom Joad in The Grapes of Wrath

I suggest that liberty-minded Americans... can learn much about themselves and those around them through [what] we could call the "Tom Joad Test." 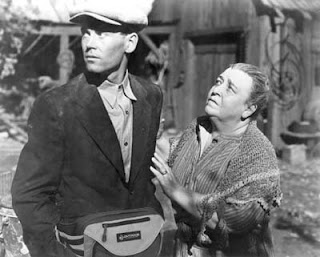 I'm not a fan of Steinbeck's incurably wrong-headed economic views or his idiosyncratic collectivist politics in general, although I must admit a sneaking respect for anybody who attracts the hostile interest of the FBI solely on the strength of his published writings.

His creation Tom Joad isn't among my favorite fictional characters. But there is substantial merit in Joad's pledge to sympathize with those who are victims of Power.

Early in The Grapes of Wrath, Joad--recently paroled after serving four years in prison for killing a man who stabbed him in a fight -- becomes re-acquainted with Jim Casy, a fallen Oklahoma Pentecostal preacher who has embraced a populist version of Emerson's "oversoul" concept: "Maybe all men got one big soul ever'body's a part of."

Thus was planted the seed that would sprout into Joad's famous soliloquy, which included the pledge that "Wherever there's a co
p beatin' up a guy, I'll be there."

So here, stated briefly, is the question that serves as the shibboleth/sibbolet dividing line in the "Tom Joad Test":

When you see a cop -- or, more likely, several of them -- beating up on a prone individual, do you instinctively sympathize with the assailant(s) or the victim?

If it's the former, you're an authoritarian, irrespective of your partisan attachments or professed political philosophy.

If it's the latter, you're an instinctive libertarian, whether or not you are consistently guided by that impulse in your political decisions.

It may later be demonstrated that the figure on the receiving end of the beating had committed some horrible crime. However, such a disclosure wouldn't invalidate the results of the Tom Joad Test, because that test reveals a subject's default assumptions about the relationship between the individual and the state.