OK, Can We Stop Doing This Now, Please?

The problem with quotes on the Internet is you can never be sure if they are true. ~Mark Twain

One of the beautiful things about the Internet is that it can facilitate the propagation of ideas with breathtaking speed. The term "going viral" sums it up well. The flip side of this phenomenon is that factual errors and deliberate fabrications can propagate just as quickly.

Recently I have seen memes go zooming around--especially among libertarians and conservatives--that on the face of it support their positions on topics like gun rights. People flash these things up as proof of the rightness of their views and then bask in the glory of proving the statists wrong via their rapier-like wit. Well, what happens to your argument when it turns out you have been passing along faulty information?

Here are a few examples. 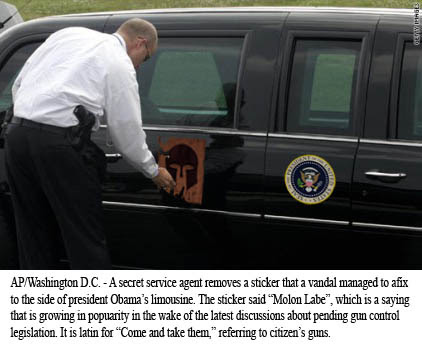 Sure, it would be great to think that someone pulled this off. It would show the dedication of those who support the idea expressed in the 2nd Amendment, but it is not true. That picture is a fake. Here is the original that someone photoshopped. 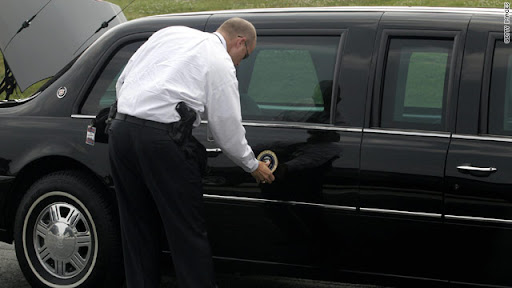 The story behind it can be found here. Oh, and by the way, it is Greek, not Latin, and it is attributed to slave owning aristocrats, not "citizens" worried about their guns

A Rifle Behind Each Blade Of Grass 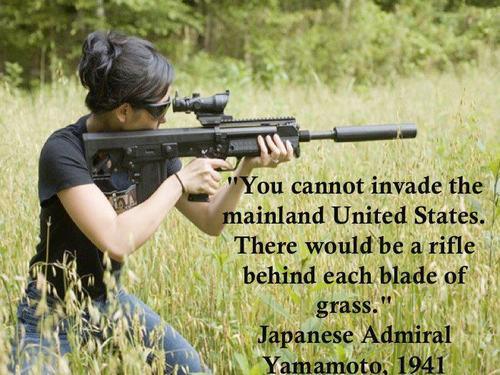 Personally, I agree with the sentiment expressed in this one. It evokes the futility of a tyrannical power attempting to subdue an armed populous. One has only to consider the American Revolution or the War in Vietnam to understand that determined armed resistance, backed by popular support, can foil the world's most powerful military machine. It is one of the core reasons that control freaks hate the private ownership of firearms. However, it is very doubtful Yamamoto ever said any such thing.

According to Donald M. Goldstein, author of At Dawn We Slept: The Untold Story of Pearl Harbor

I have never seen it in writing. It has been attributed to the Prange files [the files of the late Gordon W. Prange, chief historian on the staff of Gen. Douglas MacArthur] but no one had ever seen it or cited it from where they got it. Some people say that it came from our work but I never said it. ...As of today it is bogus until someone can cite when and where.

Lest I be considered guilty of the very thing I decry, here is the source of that quote.

Hilter Said It, So It Must Be True 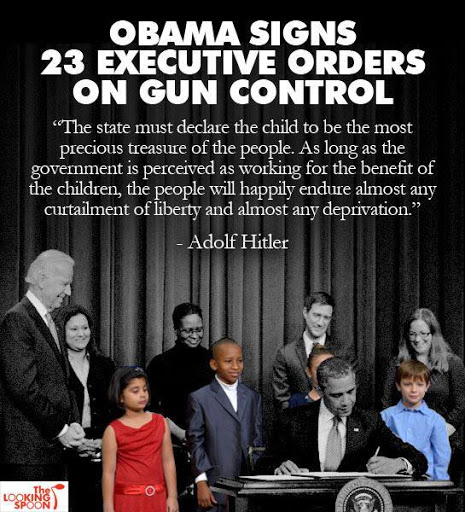 Godwin's Law not withstanding, in a debate few things can be more emotionally satisfying than attributing you opponent's detestable ideas to Adolf Hitler. This one is at least partially correct. In the Reynal And Hitchcock English tranlsation of Mein Kampf, page 608, Hitler said the State "has to make the child the most precious possession of the people." However, this was in the context of his racial policy, not the manufacture of popular consent. The rest of the quote is fictional according to an Australian blogger named Sid Walker

As far as I can tell, the rest of the paragraph was invented by an imaginative Rabbi in early 2004.

In fairness, Rabbi Daniel Lapin didn't set out to deceive his readers. His essay was clearly an account of his own fantasy. He was telling a tale.

He wrote: "I thought it might be interesting to explore what Adolf Hitler himself might have thought about Move On's derangement."

Lapin then quoted from imaginary correspondence from Hitler, including contemporary references. The Rabbi's main purpose seems to have been supporting the Bush Administration's 'War on Terror'.

The deceivers in this case--whether they do it intentionally or not--are people who repeat this quotation, wrongly attributing all of it to Hitler instead of giving due credit to the invented 'enhancements' added by Rabbi Lapin.

Those of us who support the private ownership of fire arms have a nearly unassailable moral argument in asserting the right of self defense, either from criminal aggressors or a tyrannical state. If you cannot support that contention on moral and logical grounds you should defer to those who can. If those of us who call people who unquestioningly accept everything the mainstream media say "sheep," yet we uncritically pass along memes that support our own biases, what does that make us?

Spurious or out of context quotes will not convince anyone, especially if you get called out. When you spread these things around without examining them it does not make you cute or clever. In fact, it kind of makes you look like an idiot.